Day Tour To Agra By Car

We promise you an excitement filled day as you choose this itinerary and come with us to witness every spectacular construction in Agra. Agra was a small village earlier until it was declared as the capital of Mughal dynasty. Under the Mughals, Agra flourished and became a beautiful city with grand buildings standing proudly. Highlight for the day will be undoubtedly Taj Mahal where we go at the time of sunrise.
Enquire Now

Pick up from Delhi and assisted drive to Agra.

Arrival at Agra after a four hours road trip to enjoy a splendid view of rising sun at the helm of Taj Mahal which is also known as the symbol of love. Taj Mahal is a white marble mausoleum built by Emperor Shahjahan in memory of his beloved third wife Mumtaz Mahal in 1648. Taj Mahal a UNESCO World Heritage Site is recognized as the pinnacle of Mughal Art in India. Mumtaz Mahal was trusted with the imperial seal, her beauty gracefulness and compassion was many a subject of poets and she travelled with the Emperor across the Mughal Empire. It is difficult to describe the beauty of the Taj Mahal – only to be seen and experienced live

Agra Fort or the Red Fort of Agra will be the next stop of your trip. Agra Fort – a UNESCO World Heritage Site was built by Mughal Emperor Akbar in 1565 as a military fort. Agra Fort was built on an existing Badalgarh fort held by Rajputs, which dates back to 1000 AD. Here you will be made to see some awesome features of a typical Mughal fortress: Hall of public audience, hall of private audience, various Palaces like Jahangir Palace enclosed by tall walls guarding the whole acreage. It has been put in the list of UNESCO World Heritage Sites.
Enquire Now

It’s time to have lunch

A visit to the Sikandra to see tomb of the great Mughal emperor- Akbar. Tomb of Akbar the Great was started by Akbar himself in 1600 according to Central Asian tradition. The Mausoleum was completed in 1613 by Jahangir, son of Akbar after his death in 1605. Akbar himself chose the site and started work. The Mausoleum is built with great craftsmanship of three minarets built in red sandstone with intricate white marble inlays. 99 names of Allah have been inscribed on the tomb.

On arrival check in hotel and overnight stay.
Enquire Now 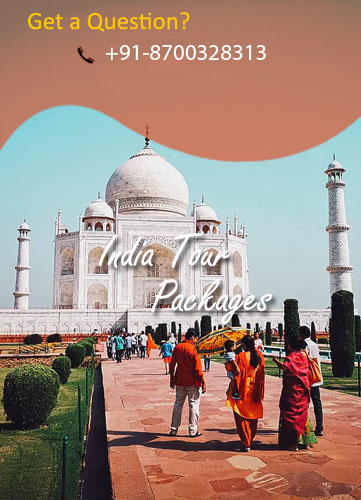